Petrol bombs, stun grenades and tear gas thrown during clashes in Athens
Marinas, casinos and former Olympic venues could be up for grabs after Greece announced a massive fire sale to help service its debt.
The Greek government said it was putting vast areas of state-owned land on the market to raise £44billion in the next four years.
Nationalised companies could also be privatised to help raise the necessary capital to ensure it does not default on debt payments. 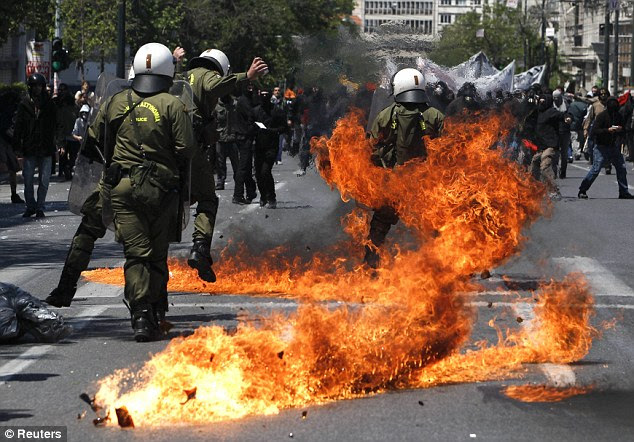