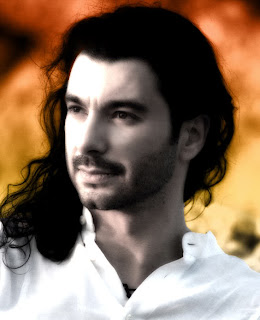 Michalis Tzouganakis was born to Sfakian parents away from Crete, the island they loved so much. Mihalis was born in the city of Bergen in Belgium, where he lived among many immigrant families with his seven bothers and sisters. He grew up in a very traditional Cretan family environment, where he was immersed in the music, cuisine and culture of Crete. His childhood was spent among the immigrants of Greek, Moroccan, Egyptian, Italian & Polish descent, further enriching his exotic heart. At the young age of two years old, he was mesmerized by the laouto that hung on his older brother’s wall. He was adamant to learn to play the laouto, and with the help of his brother, who would hold the laouto, young Mihalis would pluck the strings, falling in love with the sweet and melancholy voice of the laouto. By the age of four he was able to captivate listeners with the music he would sing and play on the laouto. At the age of nine the family return to their beloved Kriti, where Tsouganakis began playing with local Cretan musicians and performing at festivals and celebrations. Audiences were awed by this young boy’s intensity when he played and sang, and around the age of eleven, he was approached by Giannis Sergakis and Vangelis Zaharioudakis who invited him to play with them professionally. It was at this age that he had the opportunity to enter the recording studio for the first time with Vangelis Zaharioudakis, one of our beloved Cretan musicians. Only a few years later, some of Crete’s greatest masters of the lyra wished to perform with Tsouganakis, at the age of thirteen. With the great Leonidas Klados, Tsouganakis had the blessing of writing the lyrics and playing Leonidas’ compositions alongside him. For five years they were to play and tour together throughout Crete and Athens. They are respected and admired Cretan musicians. Shortly after he began performing with the gifted Kostas Moundakis, a beloved Cretan musician; a lyraris who has created some of Crete’s most touching songs; blessing the island with his passionate voice and lyra. Tsouganakis and Moundakis travelled as far as Canada with their tours together. Over the years they played together frequently, Tsouganakis even recording with Moundakis in 1990 on what would be Moundakis’ last recording.
http://secretmusica.blogspot.com/2008/12/9-songs-michalis-tzouganakis-secreta.html
Posted by mygreekspirit at 12:29 PM No comments: Links to this post

Posted by mygreekspirit at 12:00 PM No comments: Links to this post

Dimitra is too FAT for Greeces Next top model???? 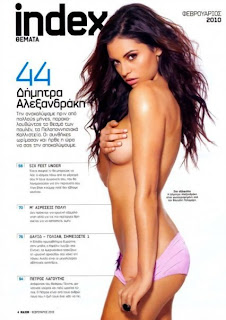 Posted by mygreekspirit at 9:29 AM No comments: Links to this post 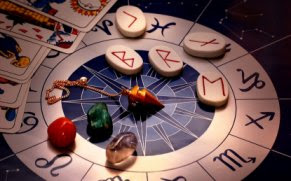 The word "astrology" is a Greek word that means "Science of the Stars." Astrology was used by the Chaldeans who lived in Babylon as early as 3000 BC. The people of China in Asia later became interested and began practicing Astrology .
It is said that these people first noticed how the position of the sun influenced the seasons as well as the planting cycles of their agricultural practices.Then, somewhere in the year of 500 BC, philosopher Plato used Astrology and studied it further. This kept it alive, and it continued to spread on through the ages.
However, it took a downturn when Galileo Galilei was the first astronomer to use a telescope in the 1500's. However, as time went by, astronomy once again took an upswing in popularity when it flourished in Egypt around the years of 300 BC. Then, during the Middle Ages, the practice of astrology quietly hid itself as the Christian Church became the predominent leading voice of the new world. It wasn't until the 1600's when an astrologer named William Lilly renamed astrology as being "Christian Astrology" in order to avoid the wrath of the Church and to make it more acceptable. This was instrumental in popularizing astrology and horoscopes of today.
Posted by mygreekspirit at 6:50 PM No comments: Links to this post 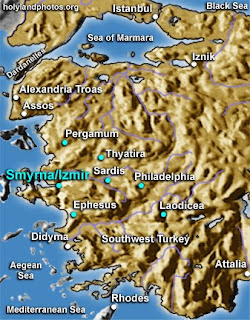 The original city was established in the third millennium B.C. (at present day Bayrakli), and at that time shared, with Troia, the most advanced culture in Western Anatolia. By 1500 B.C. it had fallen under the influence of Central Anatolia's Hittite Empire. in the first millennium B.C. Izmir, then known as Smyrna, ranked as one of the important cities of the lonian Federation; during this period - one of the city's most brilliant - it is believed that Homer is lived here. The Lydian conquest of the city, around 600 B.C., brought this period to an end, and Izmir remained little more than a village throughout the Lydian and the subsequent 6th cen tury B.C. Persian rule. In the fourth century B.C. a new city was built at the instigation of Alexander the Great on the slopes of Mt. Pages (Kadifekale). Izmir's Roman period, from the first century B.C., gave birth to its second great era. Byzantine rule followed in the fourth century and lasted until the Seljuk conquest in the 11th century. In 1415, under Sultan Mehmet Celebi, Izmir became part of the Ottoman Empire.

He is the earliest and greatest of the Ionian poets. We do not know much about his exact birthplace. It is widely believed that he was born either in Chios or in Smyrna in the 8th century B.C. He spent most of his life in Smyrna.

The famous poems of Homer, Iliad and Odyssey, were written in Ionian (language).

He was described as blind according to some early Greek and Ionian documents. But this does not exactly explain, how he wrote about the earth, the sea and the nature so well. http://www.bibleplaces.com/smyrna.htm

The second city of the seven churches of Revelation to receive the message from the Apostle John was that of Smyrna. Established as a Roman commercial center, the city was a port located on the Aegean. Smyrna was established thirty-five miles north of Ephesus on the road that lead to Pergamum. It was built near the ruins of a Greek colony destroyed by the Lydian Kingdom in the C7 BCE. Following the death of Alexander the Great, a General of Alexander’s army named Lysimachus took over the region, and established the new Hellenistic city (C3 BCE).

http://www.ctsp.co.il/LBS%20pages/LBS_smyrna.htm
Posted by mygreekspirit at 6:16 PM No comments: Links to this post

Posted by mygreekspirit at 1:45 AM No comments: Links to this post