Posted by mygreekspirit at 9:11 PM No comments:

The End Of A Two Thousand Year Cycle ~ Solar Eclipse In Pisces, Feb 2017

We are finally coming to the end of a two thousands years cycle, in which, for a long time, we have been healing/clearing ourselves from old beliefs, karmic patterns and genetic imprints/implants, that kept us enslaved in a limited and dark reality, for this last 9 year cycle, has been a very intense releasing phase that cannot be compared with previous ones. 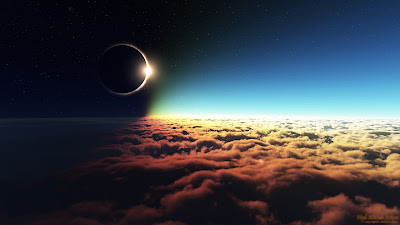 This Eclipse – especially for the new souls who are stepping into this journey – will be a clearing process without precedents. For it is finally with this Solar Eclipse at 8 degrees of ethereal Pisces, the last until the next eighteen years, that we move from slavery to freedom, by finally leaving behind the Piscean Era and entering into an emancipating Aquarian one. We are deeply immersed, since the beginning of this month – and until the March Equinox – within an intense cosmic passage. For we are constantly dissolving and activating higher frequencies for us to keep with our inner work of DNA re-connection and continue to retrieve all the ancient knowledge that is still intact within ourselves and that was once deactivated. During these six months, in which the energies from the Eclipses will be strongly feel, and as we keep releasing and integrating this new wave within our bodies, we will experience many physical sensations, for we are releasing more density of our bodies. Take this as a natural part of our ascension process rather as a dramatic experience, for we all knew this was not going to be always easy.
http://www.consciousreminder.com/2017/02/26/end-two-thousand-year-cycle-solar-eclipse-pisces-feb-2017/
http://a4size-ska.deviantart.com/art/Eclipse-144235675
Posted by mygreekspirit at 8:59 PM No comments:

Northern Greece as a holiday destination 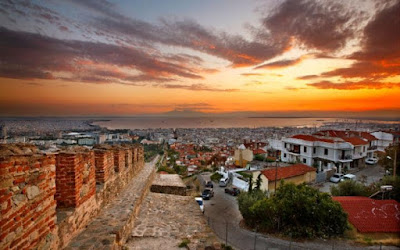 Suggest northern Greece as a holiday destination and a fog of bafflement will descend across the furrowed brow of many a British traveller. Somewhat like iced tea and vegetarian sausages, northern Greece is clearly a contradiction in terms – a touristic oxymoron.
We know what a Greek holiday means: a pretty island harbour lined with whitewashed tavernas – and most definitely in the south. If we wanted “northern”, we’d go to Manchester. Or possibly Murmansk.
But such certainties may need to be shifted to the column marked “Greek myths”. These days, I submit, northern Greece makes perfect sense for British travellers in search of a bit more than a sunlounger and a carafe of the local retsina.
Posted by mygreekspirit at 8:53 PM No comments: