Chiron and the wounded Christ

Chiron in astrology represents that of the wounded Christ. I imagine that moment of impact of spear on flesh when Christ was said to have uttered: “My god, my god why have you forsaken me?” I think that Chiron in astrology speaks to that moment of excruciating pain (physical, emotional or spiritual), which is complicated by an accompanying sense of abandonment. Chiron the centaur was abandoned by his parents, fyi. And, speaking of parentage, Christ was born of a divine father and immortal mother, just like Chiron. He was a healer – but that didn’t change the fact that Christ couldn’t get off the cross. Consider as well that Pisces – the sign that Chiron has now entered for the next eight years – is the zodiac sign associated with Christ and the Age of Christianity. Also look at the glyph for Chiron: it’s a key. A key is a way in, yes? And Christ’s words were: “I am the Way.” (John 14:6) Finally, consider that Chiron sacrificed his life in a bargain struck to end Prometheus’s daily torment. Prometheus was the unlucky dude that had his liver eaten by birds, only to have that liver grow back again so the birds could return and feast on him daily. That’s what you get for stealing fire from the gods, ladies and gentlemen.

The correlation with Christ is, of course, that he too sacrificed his life as a means of revealing that Life is Eternal - regardless of whether the body is strung up on a cross or running gaily through fields of clover. I’ll even go so far as to say that Christ was crucified, in a sense, for stealing fire from the gods (or rather, The God). Hey, he claimed to be God at a time when one’s experience with the Divine was seen as strictly external. God was out there or up there but certainly not in here. Today we may recognize the Divine in each and every person, but this would have been an unthinkable and heretic philosophy at the time that Jesus tried to promote it. I can only begin to imagine how such a claim would be seen by his country men as a form of hubris and blasphemy – a stealing of thunder or fire from their monotheistic deity.

Western civilization is huge, neither is it of any use to ignore the behemoth that is Christianity. My ideas aren’t necessarily popular with Christians many of whom see astrology as strictly verboten; and they may prove distasteful to astrologers, many of whom are loathe to connect astrology with a religion that has been an enormous source of wounding (more shades of Chiron) for countless souls over a couple thousand of years. I’m straddling two camps here - which suits the theme of half-this half that Chiron appropriately enough.


Now that transiting Chiron has settled into Pisces, he’s going to be hanging out on my natal Pisces Sun for a good long time. Later he’ll hook up with my natal Saturn (remember, Saturn is Chiron’s father), and later still, my natal Chiron. Clearly I’m being Chiron-ized. Perhaps what I offer you is slightly unorthodox. But I’m putting it out there with the conviction that we haven’t fully grasped the nature of the astrological Chiron yet. He’s only been ‘known’ for 33 years, folks. Whoops - there goes another connection to Jesus, who died at age 33. Welcome to your Jesus year, Chiron. 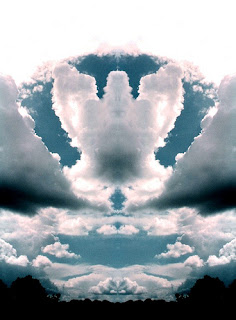 Last month, we had a celestially big energy shift with Jupiter's return to Aries. This month, an even bigger shift in energy occurs when Chiron leaves Aquarius for good. He's been transiting Aquarius since 2005 until last year when he made his initial entrance into Pisces on April 19 at 11:37 p.m. PST / April 20, 2010 at 2:37 a.m. EST. Then, while retrograde, he revisited Aquarius on July 20, 2010 and now, Chiron returns to Pisces and settles in until April 2018; and then again, from September 2018 to February 2019. He will not transit Aquarius again until 2056.

As written on the previous Chiron in Pisces post: