Posted by mygreekspirit at 11:27 AM No comments:

John Stamos must have found the Fountain of Youth in Ikaria, because he doesn’t seem to have aged in a long, long time. The Greek-American actor, who turns 50 today, rang in the first few hours of his special day with his mom, Loretta.
Posting a picture with his beautiful mother on Twitter, Stamos said, “last few hours being 49 w/ the woman that birthed me. she said conception (in vegas) was so much fun- i said TMI.”
John’s father, the late Bill Stamos, grew up in the U.S. but hailed from the Greek town of Tripoli. John has always been proud of his Greek heritage, even having the producers of the ’90s hit show “Full House” change the last name of his famous Uncle Jesse character from Cochran to Katsopolis.
If you’d like to wish Stamos a “Happy Birthday,” reach out to him via his social media account - @JohnStamos - where the actor, who is currently starring on USA Network’s “Necessary Roughness,” has already received well wishes in turning the big 5-0 from many Twitter users around the world.
- See more at: http://hollywood.greekreporter.com/2013/08/19/john-stamos-rings-in-50th-birthday-with-his-mom/#sthash.ivSVYxSV.dpuf

Posted by mygreekspirit at 11:15 AM No comments:

Chennai Express stars Shah Rukh Khan and Deepika Padukone explain how the diverse audience make-up for big Bollywood films force the stars to be dancers, singers and comedians as well as actors. Chennai Express stars Khan as a man whose quest to leave his grandfather's ashes on a holy site is interrupted when he meets the beautiful daughter of a rural gangster, played by Padukone. Chennai Express is released in the UK tomorrow 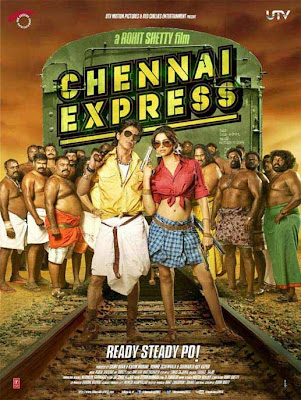 Posted by mygreekspirit at 10:50 AM No comments:

The royal baby portrait is finally here! One month after Prince George was born, his first formal photos with his parents, Prince William and the Duchess of Cambridge, have been released by the palace -- and they're as wonderful as we imagined.
As had been widely speculated, the portraits were not taken by a professional photographer but rather by Kate's father, Michael Middleton, at the Middleton home in Bucklebury this month. The royal family's black cocker spaniel, Lupo, is included, Prince George appears to be wrapped in the same swaddling blanket he was brought home from the hospital in and overall the snaps are more personal and informal in feeling. (Prince William's first baby photos, by comparison, appeared rather posed.)
The decision to forgo a more formal format is characteristic of Will and Kate's approach to royalty. As William stated strongly to CNN today in his first televised interview since Georgie's birth, "I'm as independent as I want to be, same as Catherine and Harry. We've all grown up differently to other generations, and I very much feel that if I can do it myself, I'm going to do it myself."
Will also dished with CNN's Max Foster about life as a new dad, admitting that the infant is "a little bit of a rascal" and that he was the one who "did the first nappy... a badge of honor."
The rest of Will's interview will air on September 15, but now that we've got Georgie photos to tide us over, we're completely satisfied. Take a look at the adorable family in their first official pictures together.
http://www.huffingtonpost.com/2013/08/19/royal-baby-portrait-photos_n_3780793.html?utm_hp_ref=mostpopular 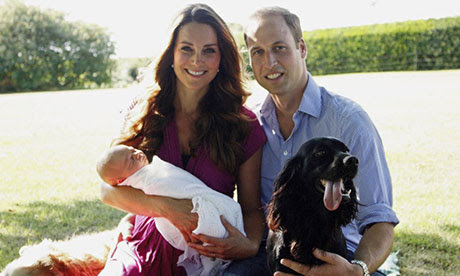 Posted by mygreekspirit at 10:41 AM No comments:

http://www.huffingtonpost.com/2013/08/20/blue-moon-2013-august_n_3784415.html
This month's full moon, which rises on Tuesday (Aug. 20), is not just a Blue Moon — it's also the Full Sturgeon Moon, the Full Red Moon, the Green Corn Moon and the Grain Moon.
Today's full moon qualifies as a Blue Moon because it's the third full moon in a season with four (most seasons have only three). Historically, there have been two differentdefinitions of a Blue Moon.
Technically, a Blue Moon is the third full moon in a four-full-moon season. However, a 1946 article in "Sky & Telescope" magazine mistakenly defined it as the second full moon in a single month (since most months have only one full moon), and the definition stuck. Because August will have just this one full moon, it wouldn't meet the mistaken, though commonly used, definition, though it does qualify as a technical Blue Moon. [10 Surprising Moon Facts]
The moon's extra names come from traditional monikers for the full moon of a given month. A few hundred years ago, Native American tribes in what's now the northeastern United States kept track of seasons by ascribing particular names to each full moon. Later, European settlers added their own names for the full moons to the lexicon.
The annual August full moon has come to be known as the Full Sturgeon Moon, because the large fish called sturgeon can most easily be caught at this time of year. The name came from tribes who caught this fish in bodies of water such as the Great Lakes and Lake Champlain.
Another name for this month's full moon is the Full Red Moon, because the weather and atmospheric conditions during this season can often make the moon look reddish when it rises through a haze.
And finally, because crops grow tall at this time of year, this month's moon is sometimes called the Green Corn Moon or the Grain Moon.
Full moons occur every 29.5 days on average, when the moon is directly opposite the sun from the perspective of Earth. This causes its whole disk to be fully illuminated as a large, bright circle. Usually, when the moon is full, it passes either above or below Earth's shadow, but sometimes, when it is perfectly aligned, it travels right through the shadow, causing a lunar eclipse, when its disk is dark.
Blue Moons don't happen too often, which is why the phrase "once in a Blue Moon," has sprung up to mean only very rarely. After Tuesday's event, the next Blue Moon isn't set to occur until 2015.
Posted by mygreekspirit at 10:36 AM No comments:

Why are so many young people dying?????

This tragedy is seriously becoming so difficult! That 70s Show star Lisa Robin Kelly passed away earlier this week, and even though many might have had their suspicions, her death is a complete mystery. We had heard that police didn't find any signs of drugs, alcohol or physical trauma at the location of her death, but now it seems the autopsy isn't getting anyone closer to an answer! A spokesperson for the L.A. County Coroner's Office has reported that they are waiting on toxicology reports, but it seems we so far have no clues as to what might have led to her death. She has struggled with drugs and alcohol in the past, but there are no signs of usage the day she died. Lisa passed away at a rehab center where she checked in with a .34 alcohol content. It's reported she passed away in her sleep. Our thoughts are with her family and friends who hopefully get the answers they want. [Image via FOX.]

Following the horrible news of Lee Thompson Young's death yesterday, his TV show is now on an indefinite hiatus so that cast and crew members can grieve the 29-year-old's passing. Young played Detective Barry Frost on the TNT series Rizzoli & Isles alongside Angie Harmon and Sasha Alexander. On Monday morning after Lee didn't show up to the set, producers called his landlord. He was later found dead in his apartment of an apparent self-inflicted gun shot wound. Lee's long-time manager Jonathan Baruch confirmed the suicide in a statement, saying: "It is with great sadness that I announce that Lee Thompson Young tragically took his own life this morning. Lee was more than just a brilliant young actor, he was a wonderful and gentle soul who will be truly missed. We ask that you please respect the privacy of his family and friends at this difficult time." Our hearts go out to everyone who knew and loved Lee. R.I.P. - See more at: http://perezhilton.com/category/sad-sad/#sthash.1TKeTDVZ.dpuf

The sudden death of reality TV star Gia Allemand has left several of her friends and fans in shock — especially after the news the "Bachelor" contestant died of an apparent suicide. Some of Allemand's friends on the hit ABC show spoke to reporters on Wednesday, saying they knew the brunette beauty had demons she fought to overcome. Read more: http://www.nydailynews.com/entertainment/gossip/gia-allemand-fought-insecurities-bachelor-friends-article-1.1427526#ixzz2cWxEjPKi

Posted by mygreekspirit at 10:22 AM No comments:

Posted by mygreekspirit at 10:10 AM No comments: