Posted by mygreekspirit at 11:48 AM No comments: Links to this post 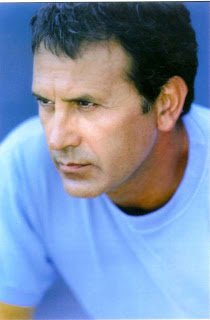 “George Dalaras sings in Greek, yet his music, springing from the heart, has a universal appeal” stated the French daily Le Figaro in 1993, long after the reputation of this great Greek musician had reached across the boarders of his native land. Throughout his triumphant tours in Europe, the United States, Canada and every other corner of the world, George Dalaras stayed in close touch with his roots, leaving a trail of saplings behind to bloom in the traditional Greek rhythms destined, one might say, to accompany today’s blending of world cultures.

Born in Piraeus, the main port of Athens, George comes from a tradition of folk and blues music. His father was a traditional musician and “bouzouki” instrumentalist and his first musical memories are of the main forms of Greek music: the laika (popular), the rebetika (a kind of blues) and the paradosiaka (traditional).


Posted by mygreekspirit at 7:23 PM 2 comments: Links to this post

George Dalaras - Sting - Mad about you