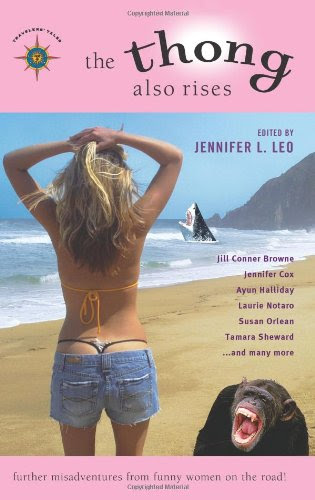 Too many travel guides are dry lists of attractions or portentous histories of a place. This isn't the case with The Thong Also Rises. Hot on the (high) heels of Sand in My Bra and Whose Panties Are These? comes this collection of the best in women’s travel and humor writing. These Ms-adventures take readers around the world and back again — and they’ll be happy to be reading rather than experiencing some of these adventures. Subjects include learning how to go to the bathroom with a pig in Thailand, trying to explain that sex toy to customs while Mother is watching, attending naked wedding ceremonies on Valentine’s Day in Jamaica, conquering that consuming fear of wooden puppets with a visit to Prague, boarding a crusty old Soviet Bomber in Laos, and more.

Posted by mygreekspirit at 10:47 AM No comments:

Want to broaden your mind and learn more about the philosophy of the Greek language and Greek mind? Here are five fantastic courses for free Greek philosophy education online. 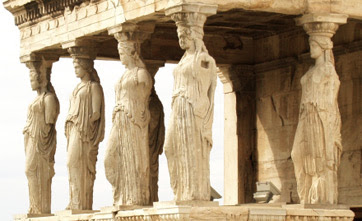 Posted by mygreekspirit at 10:35 AM No comments:

The identity of some of the philosophers in the picture, such as Plato

Plato , was a Classical Greek philosopher, mathematician, writer of philosophical dialogues, and founder of the Academy in Athens, the first institution of higher learning in the Western world...
Aristotle

Aristotle was a Greek philosopher, a student of Plato and teacher of Alexander the Great. He wrote on many subjects, including physics, metaphysics, poetry, theater, music, logic, rhetoric, politics, government, ethics, biology, and zoology.Together with Plato and Socrates , Aristotle is one of...
or Aristotle, is incontrovertible. But scholars disagree on many of the other figures, some of whom have double identities as ancients and as figures contemporary to Raphael. The extent of double portrayals is uncertain although, for example, that Michelangelo is portrayed (no. 13 below) is generally accepted. According to Lahanas, they are usually identified as follows :