If you reject the food, ignore the customs, fear the religion and avoid the people, you might better stay at home.” - James Michener 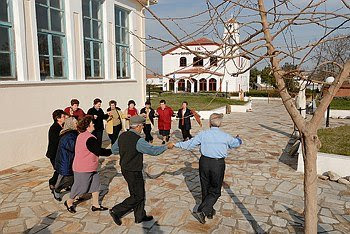 Take some time to just relax and enjoy your Innerworld 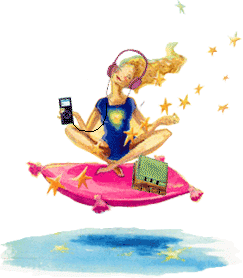 Myinnerworld.com was launched in 2007 based on the work and practice of Michele Bernhardt. Michele's message is simple - 'We already possess all of the knowledge we will ever need. Our task is to rediscover - to remember - those universal truths inside us all. Those truths are reflected in the colorful world around us.' Michele views her role as merely assisting in that quest, helping others to find and re-connect with their inner selves and to ultimately recognize and honor their own 'inner world'.

Tuna fish with white brined cheese, pickled vegetables with melon, mousaka, rabbit with beans, trahana with halva, grilled octopus with mushrooms, leek, dill, and lamb doner kebab was the reception menu in the White House, on the occasion of the national holiday of Greece. The signature under that menu is of the chief chef Mihalis Psilakis. He is the first cook, invited to prepare a menu in the White House. “For me this was a magic carpet ride, completely surreal,” says Psilakis about the responsibility to feed US president Barack Obama’s visitors on the anniversary from March 25th 1821.

He says that the choice of the food was influenced by his childhood in Long Island, when at least 10 times per year his parents would invite friends and family, in order to feed them with grilled lamb and other traditional Greek foods. Of course, all those dishes must be signed with a modern touch, which is present in the kitchen of both his restaurants in Manhattan – Antos and Kefi. Those two restaurants are among the most sought for in the City for three consecutive years. Also, the big gastronome magazines announced Mihalis Psilakis for chef of the year for 2008.

His ability to turn traditional Greeks and Mediterranean meals into modern culinary masterpieces by adding exceptional details brings him his first Michelin star. And because he had graduated with a degree in accounting and law, he is very good in business, which is Mihalis Psilakis opens a third restaurant, this time Italian – Mia Donna. In October, Time magazine wrote that his goal is to teach Americans east goats. “The only thing I want to do is to convince New Yorkers that the Greek cuisine is worthy of being next to all the other national cuisines of the higher culinary,” says Mihalis Psilakis.

http://www.greekcity.com.au/
Posted by mygreekspirit at 12:16 AM No comments: Links to this post