A couple of years ago, a 56-year old woman was diagnosed with uterine cancer and was offered chemotherapy. However, the woman refused the treatment and decided to try and cure the disease with natural remedies. She read somewhere that fresh Aloe Vera gel can treat uterine cancer and decided to try the treatment. She used it for some time, and doctors were shocked on her next check-up!

The cancer was completely gone! The amazing remedy destroyed the tumor and helped her recover without any kind of adverse side-effects. However, if you decide on using the mixture, you’ll also need to adjust your diet and consume more vitamins and minerals through fruits and vegetables. Here’s how to prepare the remedy: 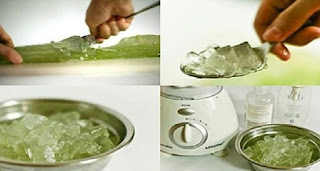 The preparation is simple – just mix the ingredients in a blender until you get a homogenous mixture. The healing properties of Aloe Vera have been known since ancient times – many ancient rulers such as Cleopatra, Alexander the Great and King Solomon used the plant to improve their overall health. As Christopher Columbus once wrote, “Four vegetables are indispensable for the well being of men; Wheat, the grape, the olive and aloe. The first nourishes him, the second raises his spirit, the third brings him harmony, the fourth cures him.”
Aloe Vera has been to treat numerous diseases and conditions in India for millennia, and now people are using it against ulcers, gastrointestinal diseases as well as uterine cancer. If you happen to be suffering from this deadly disease, just try the remedy yourself and you will be amazed by the results!
Source:http://www.healthylifevision.com
Posted by mygreekspirit at 12:43 AM No comments:

The Lord is my shepherd

“The Lord Is My Shepherd portrays our Lord as a good shepherd, feeding and leading his flock.  The “rod and staff” are   implements of a shepherd.  A  shepherd must know each sheep by name. Thus when psalm 23 portrays the Lord as a shepherd, God is not only a protector.  In addition, He is our caretaker.  Our Lord, as caretaker, leads His sheep to green pastures  and still waters, because he knows that each of his sheep must be personally led to be fed.  Thus, without their Shepherd, the sheep, known for stupidity, would die, either from predators or starvation.(From: Wikipedia, Psalm 23) 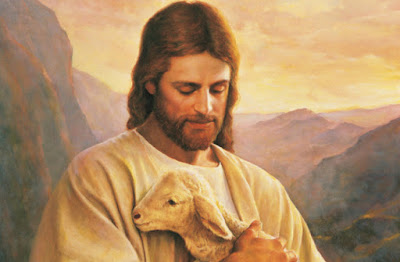 Humans have become their predators.
As a member of the Greek Community and a heritage that traces back to Ancient Civilization, I have endured a ceremonial ritual that has disgusted me since I was a child. We are in the 20th century and we still practice barbaric old rituals, we condemn others for torturing animals around the world, while we are carrying home on our backs the carcass of a newly slaughtered baby Lamb.
Kokoretsi, sousoukakia, keftedakia, paidakia, magiritsa etc etc, sadly we celebrate death as a great thing, I know I might offend people with these thoughts but they have tormented me since I was a little girl and many witnessed my anguish growing up year after year. Bloody carcasses hanging in my home every Easter, Lamb heads boiling in pots, watching people and their joy while they poke the eyes and testicles on the spit and peel and eat the flesh of an innocent baby lamb who's body is slowly being cooked spin after spin after spin, tied to a metal bar and left to melt and drip in front of children and family. It cooks until it is taken and chopped into mouthwatering chunks for everyone to stuff themselves until full.
Needless to say, Easter was never a special day for me, it was painful, sickening and ugly. I just can't connect the concept of the kindness of God and Jesus to the enjoyment of this barbaric ritual, he was the lamb of god they say and in his lap, he is portrayed holding a baby lamb, not eating it !!, So why do we keep killing millions of innocent creatures, when his message was love and kindness?
Somewhere along the way some sick mind associated his sacrifice with using Lambs as martyrs to his death and tangled it together and it still remains today as something sacred. In all honesty, I prefer the Anglo Saxon version of Easter, cute Bunnies, Chocolate and a lit Candle.
( My Greek Spirit )

Posted by mygreekspirit at 12:34 AM No comments:

Here is a summary of the planets retrograde and their effects

Venus: Venus is retrograding to help awaken our hearts on a deeper level. She has been retrograde since March 4th and will leave retrograde on April 15th, 2017. You can read more about Venus retrograde here.
Mercury: Mercury is retrograding to help bring a voice to everything we have learnt during our heart awakening instilled by Venus. Mercury will be guiding us to activate the energy center of our throat so we can communicate the messages from our heart clearly and concisely. Mercury will retrograde from April 9th to May 3rd, 2017.
Jupiter: Jupiter retrograde is helping us to re-evaluate our goals and to think about why we are doing what we are doing. Jupiter retrograde also helps you to go back to old projects with new ideas. Jupiter retrograde is a time to find success by doing things differently and following your intuition. Jupiter is retrograde from February 6th to June 9th, 2017.
Saturn: Saturn will go retrograde on April 16th and will be guiding us to step up and take responsibility for the choices we have made. Saturn will be asking us to claim back our power and will help us to uncover subconscious blocks or patterns that are holding us back. Saturn will go direct on August 25th, 2017.
Pluto: Pluto will go retrograde on April 20th and will be guiding us to really uncover the skeletons hidden in our closet. Pluto will also be guiding us to make changes and to transform our lives to a new level of power. Pluto works on such a deep, subconscious level that we are likely to not even understand or comprehend the influence of Pluto. Pluto moves direct on September 28th, 2017.
As a general rule of thumb, when planets furthest from the Sun like, Jupiter, Saturn and Pluto go retrograde we are likely not to feel it as much. This is because these planets are already operating on a subconscious level most of the time. 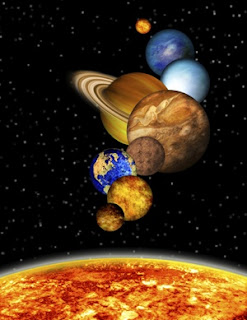 How are you all feeling?

Posted by mygreekspirit at 2:40 PM No comments: