Posted by mygreekspirit at 9:36 PM No comments:

Posted by mygreekspirit at 4:14 PM No comments:

A Lunar Eclipse occurs on May 25, 2013 at 4 degrees and 8 minutes of Sagittarius (opposite the Sun in Gemini), affecting people born with personal planets and points at approximately 0 to 9 degrees of the Mutable signs (Gemini, Virgo, Sagittarius, and Pisces) most significantly.


About the Lunar Eclipse in Sagittarius on May 25th, 2013

As noted above, a Lunar eclipse is an especially potent lunation -- in this case a potent Full Moon. Lunar eclipses are relationship-oriented. The "crisis" that these eclipses tend to elicit is a crisis of lack--a time when we suddenly realize a great need or want. The impact of the crisis can act to sever a relationship--it's possible. But it can also bring two people together with a sudden awareness of a great need for each other. Although Lunar eclipses are more relationship-oriented than Solar eclipses, they are not always about relationships between two people. They can trigger awareness of need in other areas of our lives, such as our relationship to work, to our health and bodies, and so forth. This is a time when matters come to light--things that have been brewing under the surface.
When a Full Moon occurs, we can suddenly burst forth with proclamations and outpours that seem fresh and new, simply because they are not yet rationalized. A Lunar eclipse is a more potent Full Moon, and its effects tend to last longer. Many astrologers believe that the effects of a Lunar eclipse last approximately three to six months.
The Lunar eclipse on May 25th, 2013, occurs when the Moon is at approximately 4 degrees of Sagittarius, opposing the Sun at 4 degrees Gemini, and is a Penumbral Lunar Eclipse.
Lunar Eclipses are about relationships and polarities. With the Gemini-Sagittarius axis involved, this Lunar Eclipse presses us to look more closely at our needs, lacks, and wants in our lives concerning the balance between Gemini-ruled and Sagittarius ruled areas of life. The Gemini-Sagittarius polarity is a mental axis, where Gemini represents the "lower mind" and

Sagittarius represents the "higher mind". The Gemini Sun encourages us to think logically, while the Sagittarius Moon persuades us to intuit, and to think in a broader manner. Sagittarius symbolizes the quest for meaning and ideas that expand upon the "here and now". Gemini is quite comfortable in his or her immediate environment or neighborhood, while Sagittarius stimulates us to venture beyond it. Neglecting either end of the axis will surely backfire on us. Ideally, a balance should be found between the two energies, and this is what the Lunar Eclipse invites us to do. This eclipse is about communication, attitude, and our sense of adventure. Something has been building inside of us, and now is the time when the energy of the cosmos fairly demands that we let it out. Over the coming weeks, we will discover what this means for us. For now, we can't sit on our feelings. We need to express them.
Some sort of crisis (which can be a crisis of consciousness) or sudden awareness of a lack in our lives provides us with a golden opportunity to explore our emotional needs within the context of the house polarity where the eclipse occurs in our natal charts. Relationships may be challenged, broken, or strengthened dramatically at this time. Our discovery is emotionally charged and dramatic. Epiphanies are likely at this time as we become acutely aware of our lack. This understanding can propel us into positive action, although there can be some level of chaos initially.
This eclipse is one in a series of eclipses that fall along the Gemini/Sagittarius axis (in December, 2010, a Solar Eclipse occurred in late Sagittarius; in June 2011, a Solar Eclipse occurred in Gemini and a Lunar Eclipse occurred in Sagittarius; in November 2011, a Solar Eclipse occurred in Sagittarius; in December 2011, a Lunar Eclipse occurred in Gemini; in May 2012, a Solar Eclipse occurred in Gemini, and in June 2012, a Lunar Eclipse occurred in Sagittarius; in November 2012, a Lunar Eclipse occurred in Gemini). This is thelast in the series. It can be viewed as the final cosmic push regarding the themes it is stimulating. This Lunar Eclipse is almost exactly opposite the Lunar Eclipse we experienced in November 2012.
Full Moons and Lunar Eclipses bring issues in our lives to fulfillment. Our emotions are heightened, and there is often some sort of drama involved with the house, sign, and any contacted planets activated by the Full Moon. Look to 4 degrees of Gemini and Sagittarius in your own chart (allow at least a 5 degree orb when examining the planets and points it aspects). This Lunar Eclipse gives us a cosmic push to make needed changes in our lives. The areas of life activated by the eclipse may see dramatic turns, after which the path is clear to move forward. Note that whatever happens at this time is nothing truly new. The issues have been brewing inside of us, and emotions have been building. Something comes to light at the time of the Lunar Eclipse, and if we get in touch with our emotions, we can get a better idea of what needs to change, or what needs to go.
This Lunar Eclipse in Sagittarius is bound to thrust us into a state of heightened awareness of flaws in the structures of our lives, particularly in our communications and transportation. Decisions made now tend to be emotionally-driven.
This Lunar Eclipse occurs when the Sun and Moon are in difficult aspect to the Saturn-Neptune trine, which may suggest that revelations now can throw us off track from our goals. We must watch for illusions and self-deceptions. Mercury, Venus, and Jupiter are conjunct in Gemini at the time of the eclipse, and there can be a lot of talk and positivity, but again, we should be aware that people may be stretching the truth or could be misinformed. This is a time for opening ourselves up to possibilities, but finalizing plans should probably be saved for a later date.
A series of eclipses falling in Gemini and Sagittarius before this 2010-2013 series most recently occurred from December 2001 to December 2003. Previous to that, December 1991  to May 1994.
If this Lunar eclipse conjuncts a planet in your chart, you may feel its intensity more than others. If the Lunar Eclipse conjuncts your Sun, for example, it can act like a charge of energy. The desire --or necessity-- to turn over a new leaf is strong. A significant other or the public can play a large role in the events of your life now. In major aspect to the Moon, a Lunar Eclipse can trigger major changes to your living situation and personal life, including personal relationships. Circumstances that significantly change your daily routine and domestic world can arise.
There can be a culmination or fruition of a matter that emerged with the Lunar Eclipse in Gemini in December 2010. The Sun's position in Gemini and its placement in your natal chart should not be ignored.     http://cafeastrology.com/lunationseclipses.html#lunareclipsemay2013
http://www.addictedtoastrology.com/p/eclipses-in-astrology-are-typically.html 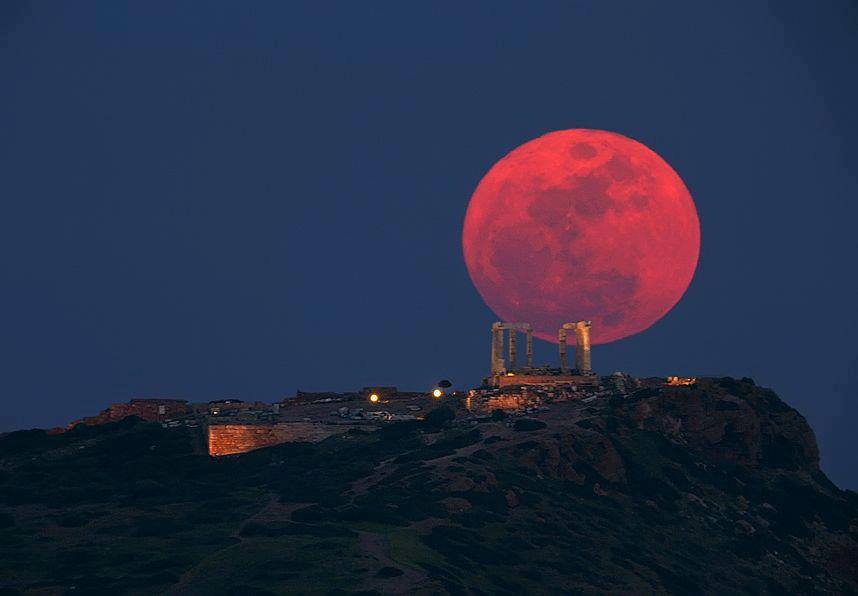 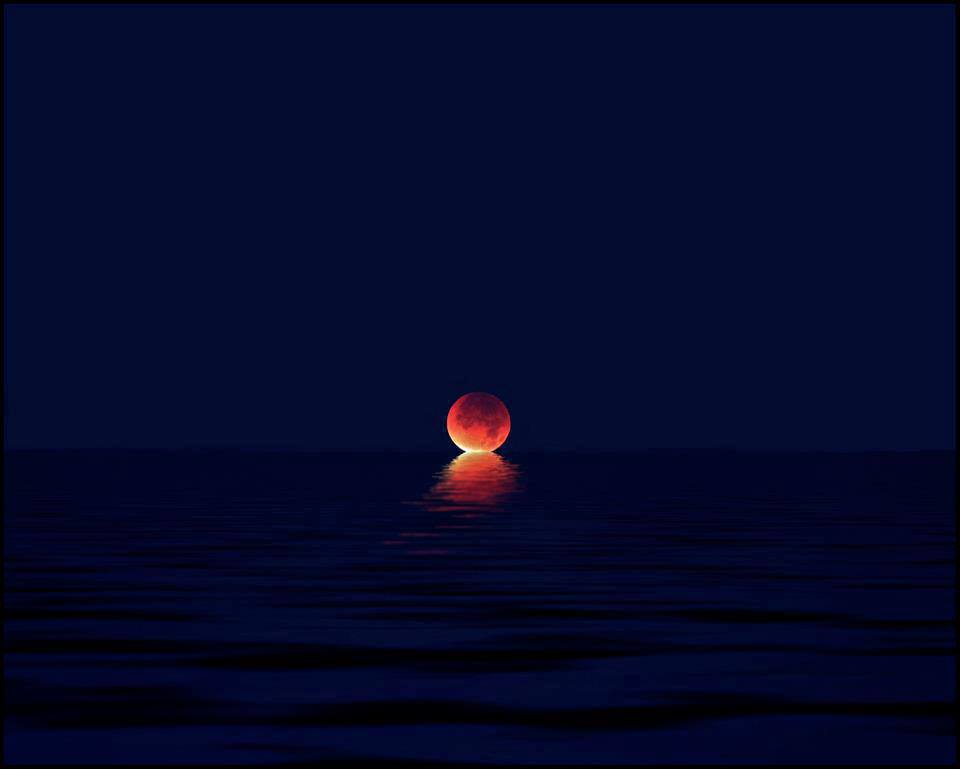 Posted by mygreekspirit at 12:08 PM No comments:

Posted by mygreekspirit at 11:43 AM No comments:

Uranus Pluto Square on May 20th

Posted by mygreekspirit at 3:48 AM No comments:

Posted by mygreekspirit at 3:46 AM No comments:

Posted by mygreekspirit at 3:25 AM No comments: