Legend of the Seeker - Filmed in NZ 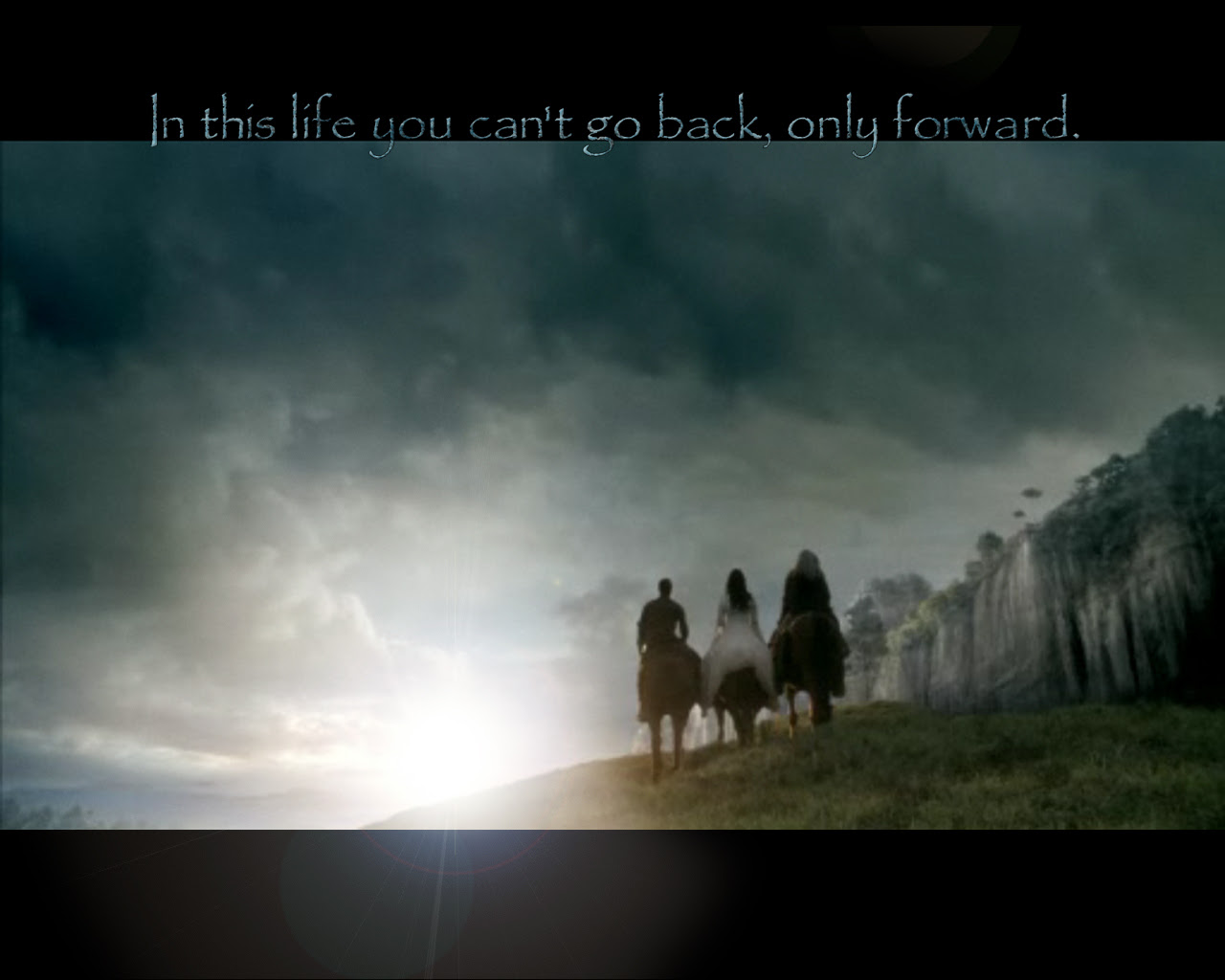 The story takes place in the world author Terry Goodkind created in his The Sword of Truth fantasy novel series. The three main provinces are Westland, the Midlands and D'Hara. Westland is separated from the Midlands by a magical boundary, which was created to prevent any magic from entering Westland. On the other side of the Midlands is D'Hara, which is ruled by Darken Rahl. An ancient order of women known as Confessors oversee the welfare of the people of the Midlands.

The first season is loosely based on the first book of The Sword of Truth series Wizard's First Rule. Some of the stories feature events and characters not encountered in the books, while others loosely adapt events from the book. The story begins after the invasion of Darken Rahl's army into the Midlands. Kahlan Amnell (Bridget Regan), a Confessor, ventures into Westland in search of a wizard and the Seeker, who has been prophesied to defeat Rahl. Kahlan finds the wizard, Zeddicus Zu'l Zorander (Bruce Spence), and the Seeker, Richard Cypher (Craig Horner), who is forced to accept his destiny. Together, they set off on a journey to seek out Darken Rahl and his minions. They soon discover that in the process of defeating Darken Rahl, they unintentionally helped the Keeper of the underworld create tears between the veil of the underworld and the world of the living. Richard's quest in the second season is to find the 'Stone of Tears' to seal the rifts between the worlds and defeat the Keeper.* Wikipedia *

With show's production based in New Zealand and a writing staff based in Los Angeles, one of the biggest challenges has been dealing with the time differences and the communication issues.[15] Kenneth Biller noted that the biggest challenges the writing staff faced were to create standalone episodes while integrating the storylines and mythology created by Terry Goodkind, and to "honor the books without literally translating them".[15]
Posted by mygreekspirit at 11:12 PM No comments:

Hindu prayer and wish to universal love peace, prosperity and harmony for everyone irrespective of religion and location

This video is a hindu prayer and wish to universal love, peace, prosperity and harmony for everyone irrespective of religion and location.

Posted by mygreekspirit at 12:45 AM No comments:

Vasilopita – Greek New Year’s Cake
Serves 15-20 people.
4 cups flour, sifted
6 teaspoons baking powder
1 teaspoon salt
1 cup butter
2 cups sugar
4 eggs
1 1/2 cups milk
Grated lemon rind from 1 lemon
Confectioners Sugar
Silver or gold coin (soak in water and soap to clean. $1 coins are fun!)
Preheat oven to 350 degrees. Sift flour, baking powder and salt. Cream butter, add sugar gradually; beat together until mixture is light and fluffy. Add eggs, one at a time, beating well after each addition. Beat in alternately until just smooht, flour mixture and milk. Add grated lemon rind from one whole lemon (2-3 teaspoons).
Grease a 12-inch round baking pan and line bottom with parchment paper. You can use a rectangle if you don’t have the large round pan. Put batter into the prepared pan. Drop in a silver or gold coin and bake at 350 degrees for about 40 minutes or until toothpick comes out clean. Cool in the pan. Then, sift confectioner’s sugar over the top. Cut out of pan to serve.
Posted by mygreekspirit at 1:05 AM No comments: 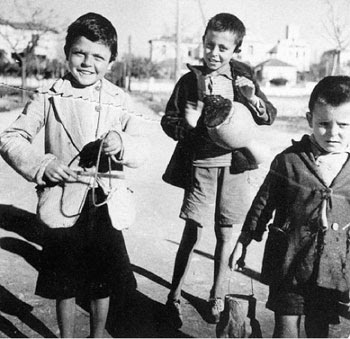 The word calanda stems from the Latin calenda, which translates as "the beginning of the month." It is believed that the history of caroling goes deep into the past and connects with ancient Greece. In fact, they have even found carols written in those distant past days which are similar to the ones sung today. In ancient times the word for carols was Eiresioni , and children of that era held an effigy of a ship which depicted the arrival of the god Dionysos. Other times they held an olive or laurel branch decorated with red and white threads, on which they would tie the offerings of the homeowners.
This Eiresioni song from the Homeric period can still be heard today - with small changes - in the carols of Thrace:

In this house we came of the rich-landlord
May its doors open for the wealth to roll in
The wealth and happiness and desired peace should enter
And may its clay jugs fill with honey, wine and oil
And the kneading tub with rising dough

Posted by mygreekspirit at 12:07 AM No comments:

Posted by mygreekspirit at 11:45 PM No comments: