Posted by mygreekspirit at 8:39 PM No comments: Links to this post

Posted by mygreekspirit at 11:15 PM No comments: Links to this post

http://www.bbc.com/news/world-europe-33503955
Eurozone leaders have reached a "unanimous" agreement over a third Greek bailout after marathon talks.

EU chairman Donald Tusk said leaders agreed "in principle" on negotiations for the bailout, "which in other words means continued support for Greece".
Prime Minister Alexis Tsipras said that after a "tough battle", Greece had secured a "growth package" of €35bn (£25bn), and won debt restructuring.
Greece will now have to pass reforms demanded by the eurozone by Wednesday.
We've already reported that many Greeks are unhappy with this deal. Now, the cracks may be beginning to show in Alexis Tsipras' own Syriza party. Don't forget, he still has to pass the reforms in the Greek parliament to make the deal happen.
Syriza's UK spokesperson, London based academic Marina Prentoulis has given this reaction to the deal: "We have ten thousand people committing suicide for economic problems; we have 60% of the young people unemployed, 27% of the overall population unemployed, the debt growing and the Greek economy being reduced by one fourth.
"Now, with these measures, I'm really worried what will happen. It has been clear that for political reasons they have been pressured into a very difficult deal and across Europe, what everybody says is that we're talking about a coup."
http://www.bbc.com/news/live/business-33476597 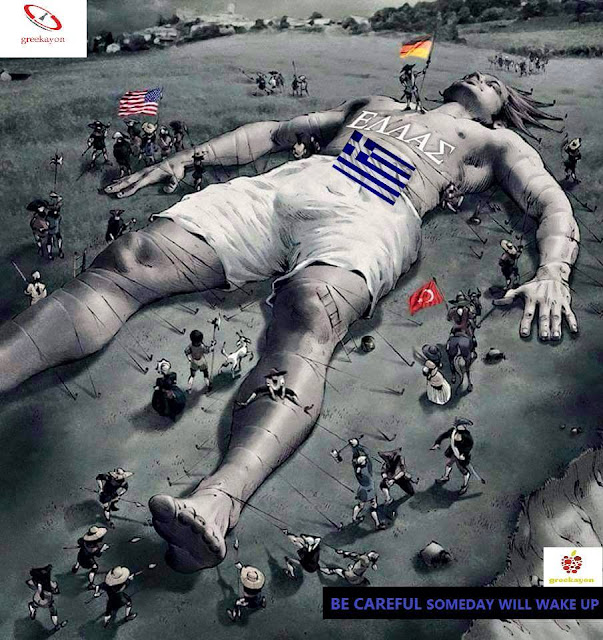 Posted by mygreekspirit at 2:15 AM No comments: Links to this post

Posted by mygreekspirit at 1:55 AM No comments: Links to this post

EU Leaders Press Conference Streaming Live
Posted by mygreekspirit at 12:13 AM No comments: Links to this post

Posted by mygreekspirit at 12:08 AM No comments: Links to this post

Posted by mygreekspirit at 10:30 PM No comments: Links to this post

#This is A Coup 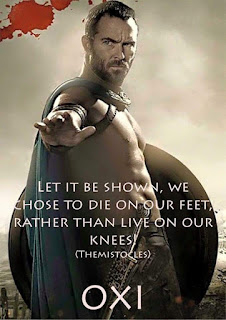 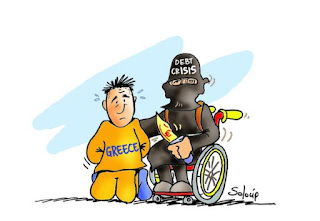 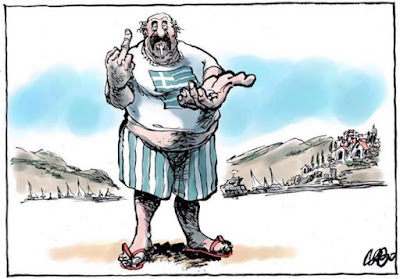 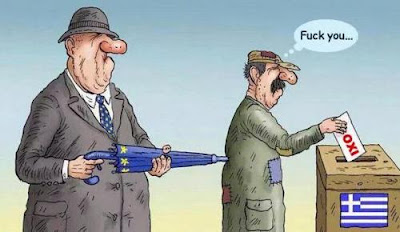 http://www.nytimes.com/2015/07/13/opinion/greek-defiance-has-a-history.html?ref=international&_r=0
The rejection of the European bailout terms in the referendum this month is only the latest example of the Greek people sticking a finger in the eye of Europe even if it means suffering financial calamity. The same thing happened 95 years ago in a referendum that ultimately triggered one of the most consequential events in modern Greek history, a decision that continues to reverberate to this day.  Then, as now, Greek voters surprised Europe with a display of national pride and pique, and defiantly suffered the consequences. The country has never fully recovered.

“ThisIsACoup is a hashtag started by Twitter users online, claiming that Europe’s ultimate goal in Greece is regime change and the pressure Europeans were exerting on Tsipras was meant to topple his government. Already, our Twitter counter has counted more than 200,000 Tweets globally with the hashtag.

Posted by mygreekspirit at 10:24 PM No comments: Links to this post