Globe Entertainment, a music and artist production agency in New York City announced it will present Greek legend George Dalaras in a multi-city tour in North America. Dalaras, Greece’s biggest selling musical artist in history. The tour will begin with a show in New York City on November 20th at Town Hall. Dalaras and his group will perform in theaters across the United States and Canada, eight years after this last tour.
“Rembetiko Unplugged” is the title of this grand musical journey, which is a tribute to rembetiko music— also known as “Greek Blues” music. This is a style that George Dalaras has approached with consistency and knowledge throughout his career. In the past, critics in Europe have tied these rembetiko performances with flamenco and fado. Possessing a deep knowledge on the style, Dalaras is one of the singers credited with revitalizing rembetiko music in Greece, making its timeless elements known to Greeks and European audiences, alike .http://protomagazine.ca/?p=77

Posted by mygreekspirit at 3:07 AM No comments: Links to this post

Freddie Prinze dead at 22, The tragic side of Comedy

Another tragic story, seems comedy is a bipolar, depression and drug use arena, comedy hiding all the pain inside. Freddie died at 22, under the influence of drugs. What a sad ending to what had become a fairytale story. I will always remember him as long as I live, I grew up watching his show and to this day I feel a sadness in my heart that the world lost such a beautiful soul so needlessly, just as we have lost so many before him and after him, the list just keeps growing. Could anything have been done to help him? We will never know.

https://www.youtube.com/watch?v=aqnjecmPkFY
Posted by mygreekspirit at 10:18 PM No comments: Links to this post

Posted by mygreekspirit at 9:29 PM No comments: Links to this post

Posted by mygreekspirit at 9:16 PM No comments: Links to this post

Posted by mygreekspirit at 9:12 PM No comments: Links to this post

Dean Martin Roast for Telly Savalas flashback from the past

Posted by mygreekspirit at 8:14 PM No comments: Links to this post 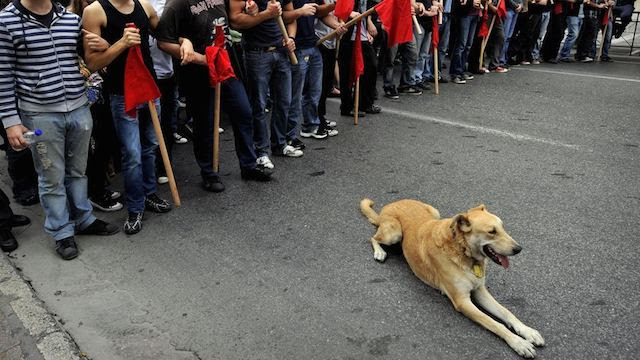 Loukanikos, the Greek word for sausage, was about ten years old. He died peacefully on the couch of the man who was watching the once stray Greek dog. His veterinarian explained that his health had been deteriorating, probably caused by repeated exposure to tear gas and chemicals used by riot police during the numerous demonstrations that Loukanikos took part in over the years.
http://www.pappaspost.com/loukanikos-protest-dog-one-time-magazines-100-influential-people-2011-passed/
Posted by mygreekspirit at 5:48 PM No comments: Links to this post 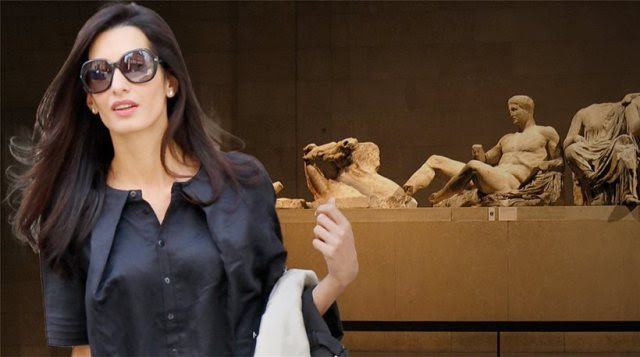 Amal Alamuddin is representing the Greek government in one of the most controversial cultural arguments of recent history as she prepares to try to win the return of the Parthenon Marbles to Greece.
The Elgin Marbles, as they are called in the United Kingdon, are the classical sculptures from Athens’ ancient Parthenon that are housed in London’s British Museum. They were removed from the ruins on the Acropolis by British ambassador Thomas Bruce, the 7th Earl of Elgin, in the early 19th century.
Greece and activists throughout the world call it a a scandalous cultural heist when the marbles were stripped from the temple and taken illegally by the British diplomat under the approval of the Ottoman leaders at the time. British officials maintain it was a sensible protective measure. The rightful ownership of the marbles has been fiercely debated for decades.
The poet Byron protested their removal at the time, musing “cursed be the hour when from their isle they roved”. More recently, celebrities, politicians and average citizens alike have joined the bandwagon to return the marbles to Greece, but British museum officials remain firm that they are the rightful owners.
http://www.pappaspost.com/new-mrs-clooney-set-represent-greek-government-attempt-get-parthenon-marbles-back/
Posted by mygreekspirit at 5:42 PM No comments: Links to this post

Cappadocia is mentioned in the Biblical account given in the book of Acts 2:9, with the Cappadocians being named as one of the people groups hearing the Gospel account from Galileans in their own language on the day of Pentecost shortly after the resurrection of Jesus Christ. Acts 2:5 seems to suggest that the Cappadocians in this account were “God-fearing Jews”.
The Natural Rock Citadel of Uçhisar – is the highest peak in the region. It is completely honeycombed with ancient dwellings. Many of these spaces were used as cave monasteries, though today they mostly inspire photographers and artists. Its honeycombed architecture is revealed by erosion and suggests intense fortification and infrastructure.
http://www.decodedstuff.com/10-breathtaking-monasteries-around-the-world/

Posted by mygreekspirit at 7:37 AM No comments: Links to this post