Posted by mygreekspirit at 12:20 AM No comments:

Pisces horoscope shows psychic detoxing during 2014. In some cases this will actually be literal, but mostly the cosmic cleansing is psychological. Friends are in the firing line when you realise some of them have become more than just a little parasitic. This is because we start the year with Venus retrograde falling in your solar 11th house of friends. Your platonic pals will get the loyalty test treatment while you ponder on whether you have actually grown apart from some of them.
There could be a bit of rivalry going on between your partner and your best friend around the period of Jupiter opposite Pluto/Venus on January 31. Indeed the friend might be acting more like an obsessive lover than your own beloved. The film “Single white female” springs to mind. You may have to tactfully tell your mate to butt out of your business around this time. When your ruler goes direct on March 5 do take every advantage of the sun-kissed romantic promise of Jupiter in your solar 5th and go on a serious lust spree. Certainly don’t let envious gripes from your so called friends dictate how you spend your free time. By now you should have set things straight with your more demanding friends.
You may have to shed a few that were proving to be quite vampiric also. This is ultimately liberating and leaves a space for new connections to come in. Venus will enter the seclusion of your solar 12th anyway from March 5 which means you may withdraw from socialising for a while. Good use of this transits would be to join a meditation or yoga type group that is focused on self development and spiritual health. Weeding out toxic friends is good prep for such activity as the purifying theme of the year continues. Welcome Mars retrograde in your solar 8th house of secrets, demons and shadows from March 1 Pisces Horoscope 2014 It is also essential that you do approach the April 15 Lunar eclipse in your 8th house as spiritually clean as you possibly can.
This eclipse will give you some merciless luminary irrigation and will show up the.. erm… s**t in your life big time. If you have done your spring-cleaning then the unforgiving spotlight on your nether regions shouldn’t reveal too much of a nightmare. But if you’ve been neglecting your soul’s needs then this eclipse will feel just like you have pulled away the sofa and have found a rat has come through a hole in the floorboards, chewed into an abandoned crisp packet and there are “pellets” everywhere…urgh. The good thing is, now you can clean all that up and set up protection! Pisces mermaids and mermen do need stronger boundaries that most I’m afraid. Once you have built your crystal aura shield you’ll be ready for the Cardinal Grand Cross on April 23.
The Mars retrograde part of the cross is still in your solar 8th house so there is no escape from the relentless detoxing. This time is more like a fire purging. The heat could rise in a sexual relationship where you suddenly feel “All shook up” in an Elvis kind of way. Surging flames from your root chakra can be very distracting. 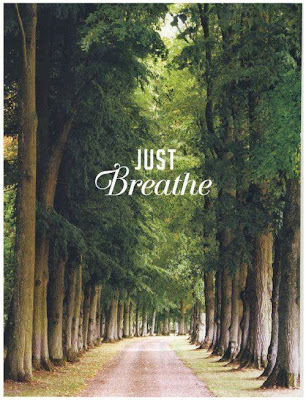 Posted by mygreekspirit at 1:39 AM No comments:

Posted by mygreekspirit at 1:19 AM No comments: