Yorgo Voyagis was born in Athens, Greece on December 6th 1945
http://www.blockbuster.com/browse/catalog/personDetails/65001
His role as Joseph in the miniseries Jesus Of Nazareth caught my attention with its star studded cast.

Synopsis of Jesus of Nazareth 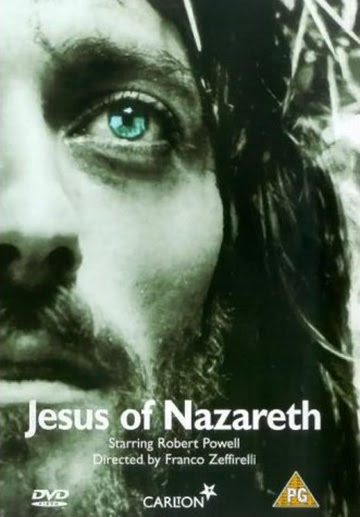 Because director Franco Zeffirelli noted publicly that he intended to depict Jesus Christ as a human being rather than a religious icon, his expensive made-for-TV miniseries Jesus of Nazareth fell victim to protestors long before its April 3, 1977, debut. Despite the pullout of several sponsors, Jesus of Nazareth was aired as scheduled, sweeping the ratings in the process. In avoiding the usual overproduced Hollywood approach to the Gospels, Zeffirelli offers one of the most sensitive and reverent portrayals of Jesus ever seen on film. In the title role, Robert Powell heads a huge international cast, which includes Olivia Hussey as Mary, Peter Ustinov as Herod the Great, Christopher Plummer as Herod Antipas, Michael York as John the Baptist, James Farentino as Simon Peter, Donald Pleasence as Melchior, James Earl Jones as Balthazar, Ian McShane as Judas, Anne Bancroft as Mary Magdalene, Rod Steiger as Pontius Pilate, James Mason as Joseph of Arimathea, Anthony Quinn as Caiaphas, Laurence Olivier as Nicodemus, Ernest Borgnine as the Centurion, and Claudia Cardinale as the Adulteress. Filmed in England, Tunisia, and Morocco, Jesus of Nazareth was scripted by Zeffirelli, Anthony Burgess, and Suso Cecchi D'Amico. It originally aired in two three-hour segments, telecast Palm and Easter Sunday of 1977 as part of NBC's Big Event anthology. ~ Hal Erickson, All Movie Guide 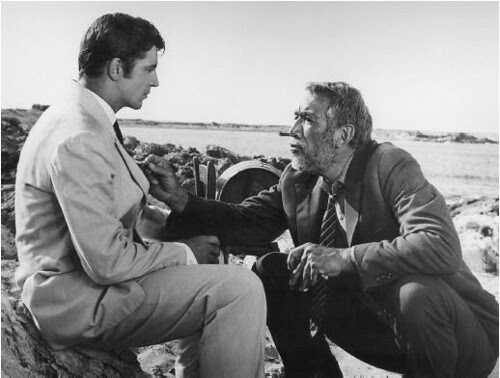 Zorba the Greek
Yorgo Voyagis... Pavlo (as George Voyadjis)
Not much information is available on this talented actor.
http://www.aveleyman.com/ActorCredit.aspx?ActorID=17738
Posted by mygreekspirit at 9:59 PM