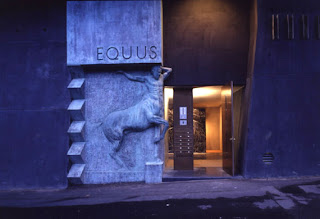 Nonda Katsalidis - full name Epaminondas, named after a general in the Peloponnesian wars of ancient Greece - was five years old when his parents fled the economic chaos of post-war Greece to settle in Fitzroy.

In the 1950s, before the word gentrification had entered the language, the inner suburbs were collapsing into neglect and the state government was about to launch a program of ``slum clearances" to build high-rise public housing.
Posted by mygreekspirit at 9:19 AM